Belgium is internationally known for having the best beer.  So what’s better than a beer a beer tour in Belgium? 🙂 We booked a Small-Group Brussels Beer Tasting Tour and it was the best decision ever.  During the 4 hour tour, we went to 5 bars and tasted 8 beers.   We learned so much history behind beer and now have a new-found appreciation for beer.  Plus, with couple drinks, it was great to make friends with people from all over the world 😉

Our first stop was the Manneken Pis Cafe bar

I loved the Orval beer.  Did you know that Trappist beer is made in the monetary by monks?  They have a special logo for these beers. 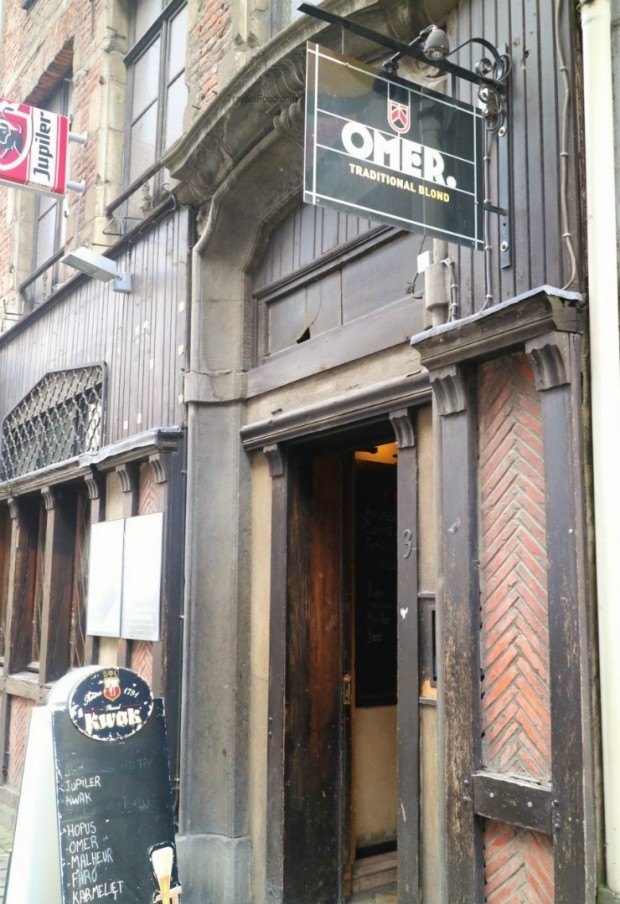 delicious cheese 🙂 one can never have enough cheese, sausage, and beer…

Just like wine, beer can be go well with various food. St. Feuillien beer goes well with cheese and sausage. 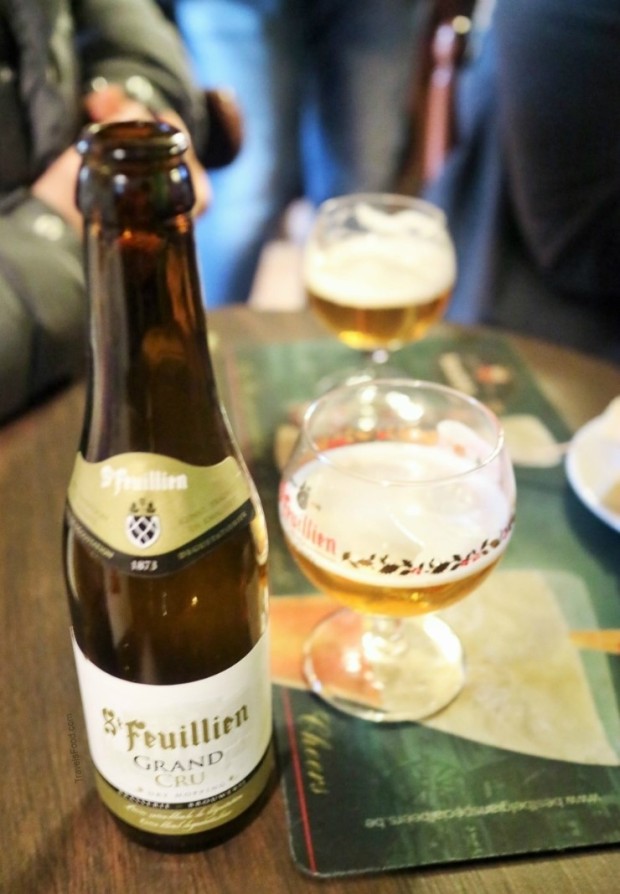 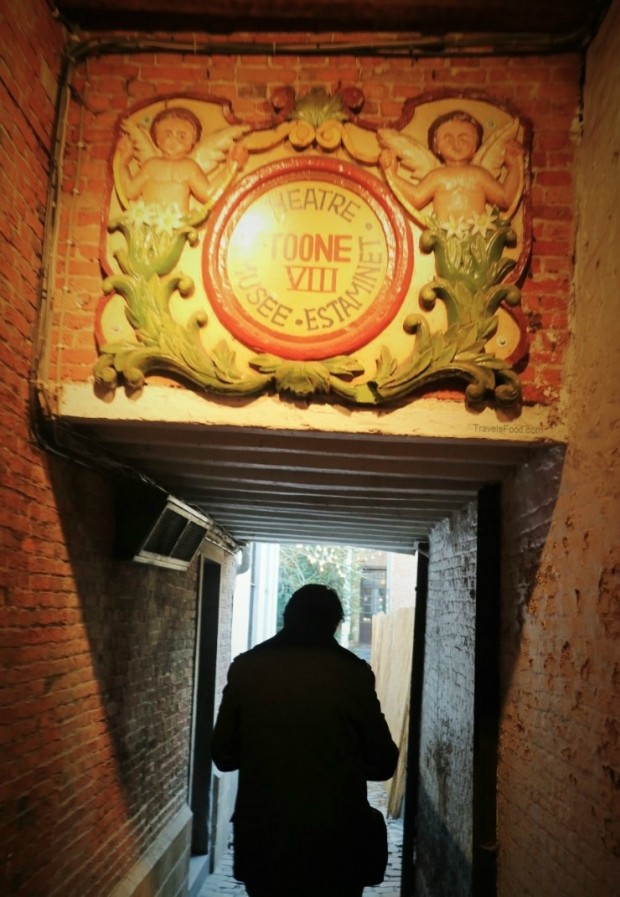 The Theatre Royal de Toone is one of the oldest theater bars that still have occasionally have a puppet show.  Did you know it was illegal to drink in Brussels back in the day?  These hidden bars have two entrance and exit allowing people to escape in case the soldiers came.  Plus, the puppet shows allowed them to secretly drink 😉 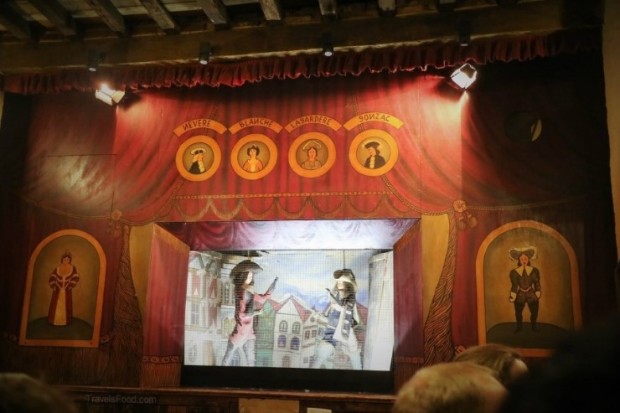 One of the older theaters here.  People used to come here during lunch to eat and enjoy a beer.

Oude Kriek beer was a bit fruity, like a glass of wine. 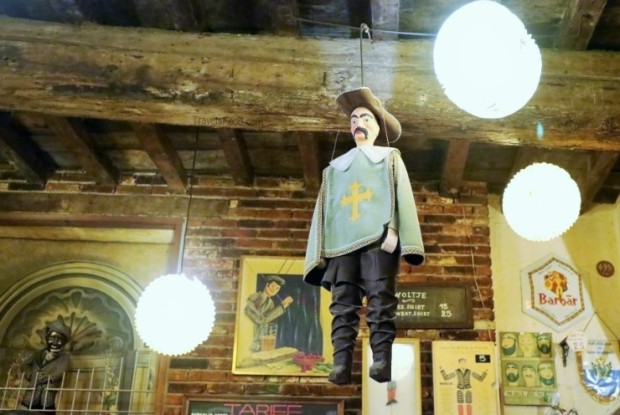 Lots of bars had these old puppets hanging on the ceiling. 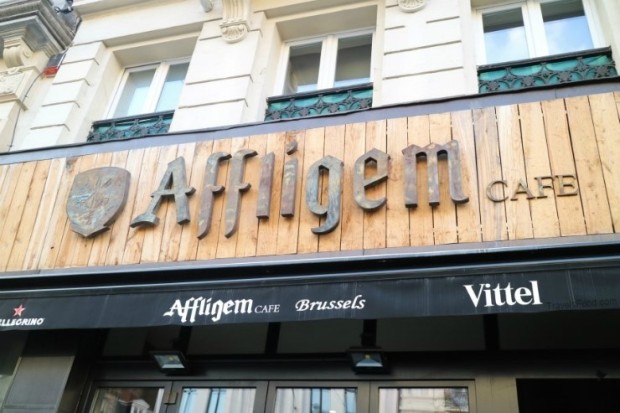 After touring historical bars, we went to this modern bar. 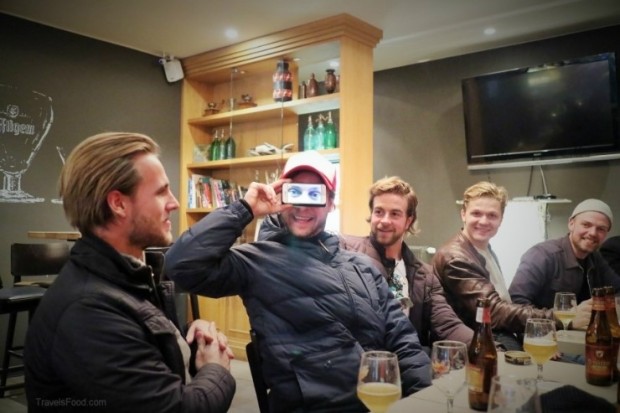 And by our fourth bar, we were all drunk and happy 🙂 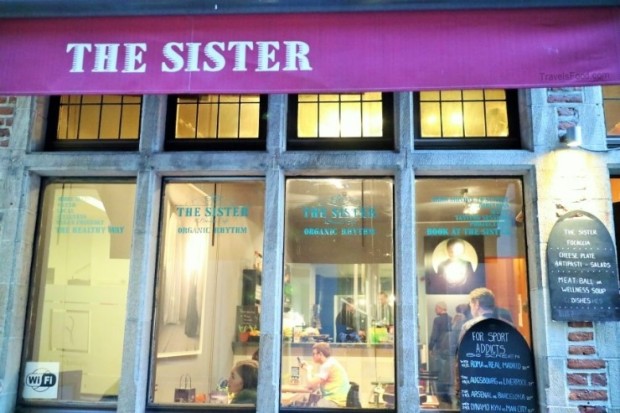 The last bar we went to was The Sister bar. 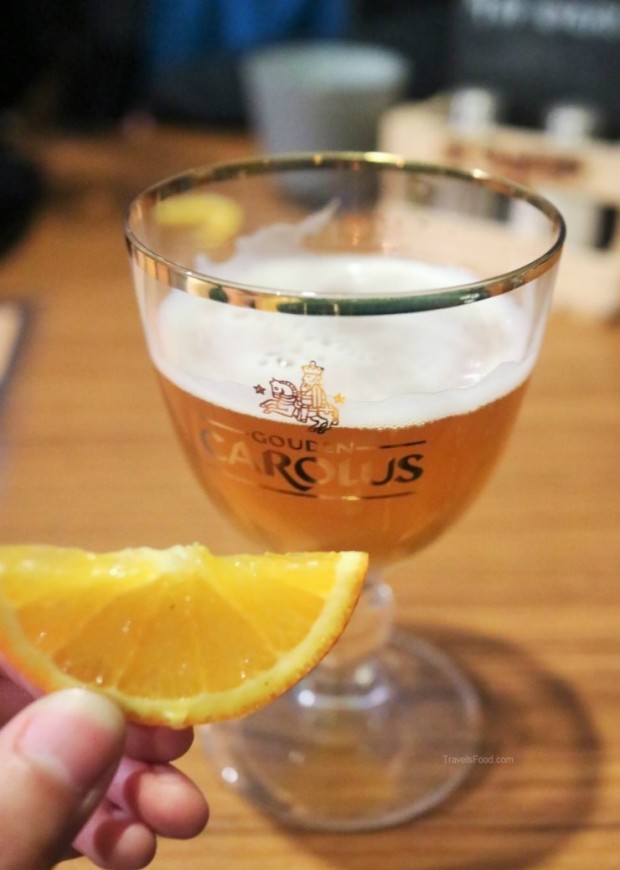 And my favorite beer was the Trappist Westvleteren.  It’s extremely expensive and rare if you try to buy it from a bar but I highly recommend it.  It’s not in the menu so you will have to just ask for it. 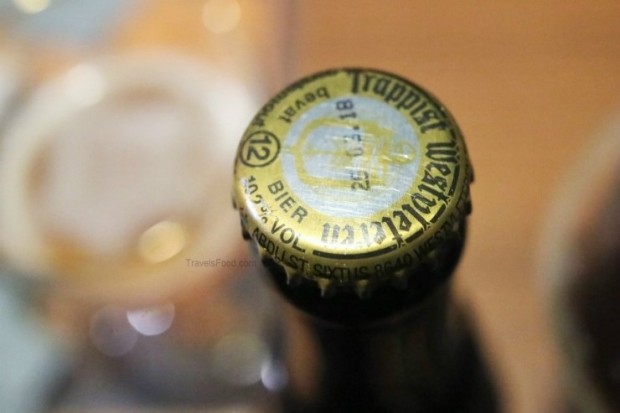